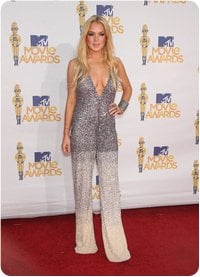 As if Lindsay Lohan hasn’t had enough negative publicity lately, she has now been hit with an IRS tax lien. According to official documents filed in Los Angeles County, the actress failed to pay $93,701.57 in federal income taxes back in 2009.

Sources for Lohan told TMZ that the 25-year-old had no knowledge of her outstanding tax bill, as she assumed that her finances were being handled by her accountants.

Those sources also explained that the unpaid taxes may have been a result of the Mean Girls star’s recent overhaul of her business team, and made assurances that the issue would be resolved immediately.

If Lindsay doesn’t settle her hefty back tax bill, however, the federal government can file a tax levy against her as part of it’s standard collection process. For Lohan, this could mean asset seizure – whereby the IRS can take her property, including homes, cars or jewelry – or the more likely scenario of having a bank levy placed on her bank accounts.

Although 2009 was not a particularly lucrative year for the actress, paying off her delinquent taxes should not be an issue since she recently received almost $1 million to pose for Playboy.

According to E! News, she is also in talks to star as Elizabeth Taylor in a Lifetime movie, Elizabeth & Richard: A Love Story.

Lindsay, who first gained fame as a child star and had leading roles in such films as Freaky Friday and Herbie: Fully Loaded, is no stranger to notoriety and legal struggles. Since 2007, she has had two DUIs and three stints in rehab. Subsequently, she was rumored to have been passed over for movie roles when she was deemed not insurable by producers. Additionally, on Tuesday – the same day that TMZ first reported the tax lien filed against Lohan – a paparazzo filed suit against the actress, alleging that she was in a car that he claims struck him last January in Hollywood.

It also appears that tax troubles may run in the Lohan family; Lindsay’s father, Michael Lohan, made our list of the top 100 celebrities with tax problems in 2010.