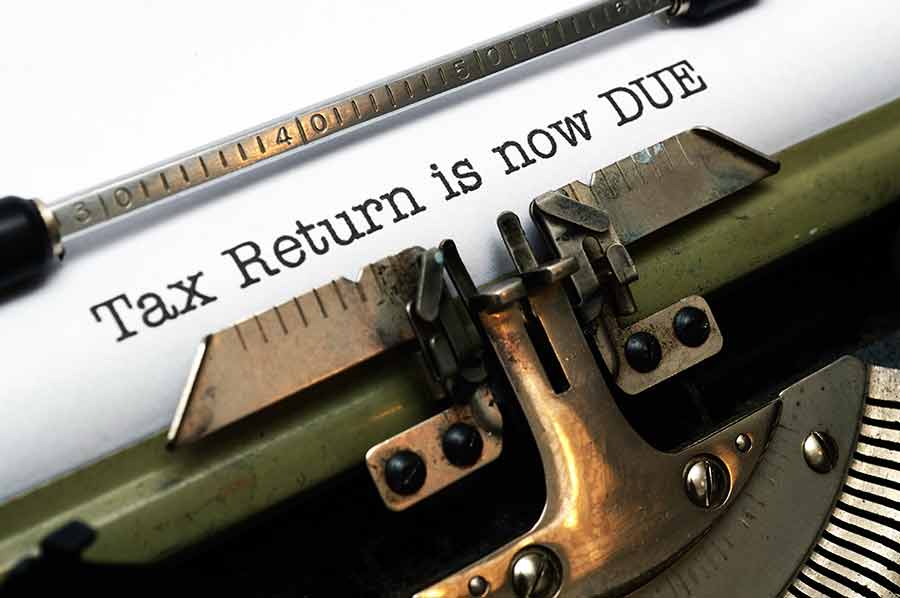 The Internal Revenue Service (IRS) adds penalties on taxes owed that have not been paid on time. Filing your taxes late can cost you in the long run, unless you have a refund. If you have a refund owed to you there is typically no penalty fee associated with filing your taxes late because there is no amount due to the IRS, rather they owe you money. The amount owed, interest and penalties associated with late or back taxes can turn out to be a significant sum of money.

There are two separate penalties that may be applied to your balance depending upon your filing status. Interest will also be tacked onto your unpaid tax balance.

Standard penalty fees are applied only for cases that are not associated with any type of income tax fraud or suspected negligence. If the IRS has just reason to believe that tax fraud is the reason for the late or failure to file there may be a heavy penalty associated with those cases.  Typically in cases of fraud the penalty percentages are multiplied and can reach a maximum fine of 75% of the tax bill.

Despite the IRS being a feared entity they are understanding when individuals can provide a reasonable cause for either failing to file or together or filing past the April 15th deadline (4/17 for 2012) without an approved extension. A reasonable cause explanation to the IRS can and often will result in a removal or reduction of the penalties charged. This is done on a case by case basis after review of the circumstances by the IRS.

Penalty abatement must be filed before the IRS will consider removing the penalty or charge from the tax bill. It is reported that about 1/3 of the penalties that are charged to individuals who either failed to file on time or at all are removed if the filer can prove that they have a reasonable excuse for their inaction.

The best prevention against owing the IRS money is to pay your taxes on time. The standard day for filing taxes is April 15th (4/17 for 2012) unless you file an extension ahead of time. Filing an extension may minimize the penalties that are tacked onto your tax bill. Working with the IRS directly on alternatives BEFORE you are late with your taxes can save a great deal of time, stress and money in the long run.

A late filing penalty from the IRS came make the bitter taste of an even modest tax bill even harder to swallow.  The key to avoiding this extra penalty is to know the tax return deadlines that apply to your situation. For the  majority of individual tax payers the deadline for filing your annual individual federal tax return is April 15th.  In order to count as being “on time” the tax return needs to be e-filed or postmarked on or before that date every year.

What is the penalty for filing a tax return late (if taxes are owed)?

The penalty for filing a tax return late is generally five percent of the total tax owed per month (known as the failure to file tax penalty).  The penalty is capped after 5 months (25%).  Additionally, there is a minimum penalty of the lesser of 100% of the tax owed or $135 ($100 if the return was required to be filed before December 31) if the return is over 60 days late.

Is there a penalty for filing a late tax return that has no tax due?

No. Taxpayers who owe no additional taxes and/or are due a refund will not be charged a penalty for filing their return late.  However, taxpayers must file their return within 3 years of the original due date or risk losing their refund of withholding, estimated taxes paid and/or eligibility for refundable tax credits for that tax year.

Can I avoid a late filing penalty by filing for an extension?

Yes. Submission of Form 4868 “Application for Automatic Extension of Time To File U.S. Individual Income Tax Return” grants taxpayers an automatic 6 month extension on the original due date of their tax return provided they properly estimate and record their expected tax liability on the form and file it before the tax return’s original due date. It’s important to remember however, that an extension does not limit a taxpayer’s exposure to  penalties and interest charges for failing to pay.

Are there any special rules for military members and/or taxpayers living abroad?

Yes. United States taxpayers whose main place of business or post of duty is outside of the United States and Puerto Rico on the due date of the return are automatically granted a 2 month extension to file their tax  return.  Returns normally due on April 15th will be accepted until June 15th without being subject to any failure to file or failure to pay penalties. When filing late under these circumstances the return must be filed with a statement  detailing which of the two qualifications (living abroad or military service abroad) merit the extension.

Military members who serve in a combat zone or are involved in a contingency operation are given a 180 day grace period from the end of their assignment (or hospitalization) to file and pay taxes before being subject to any failure to file or pay penalties. This same grace period also applies to individuals who are hospitalized due to an injury received while serving in a combat zone or contingency operation on the due date.

In some cases the 180 day grace period is lengthened by an additional amount of time if the combat zone assignment overlapped prior tax obligations.  This additional time is equivalent to the number of days the taxpayer would have had to act at the time they were assigned to a combat zone.

Is it possible to have late filing penalties forgiven?

Yes. The IRS may abate a late filing penalty if there there is reasonable cause for the late return and the failure to file was not due to willful neglect on the part of the taxpayer.  Those decisions are made on a case by case basis and can be requested in two different ways.  One way is for the taxpayer to make the request in writing by attaching a note explaining the circumstances surrounding the late return to a copy of the late filing penalty bill and sending both of them to the service center servicing the taxes owed. Taxpayers may also request abatement of tax penalties over the phone by speaking with an IRS representative at 1-800-829-1040.

What happens if I don’t file my return at all?

The maximum penalties and interest rate allowed under the law will immediately be assessed and added to the current tax owed and a substitute return will be filled on your behalf by the IRS. Often times the tax return prepared by the IRS overstates the taxpayer’s tax liability had they filed their return beforehand because the IRS does not have access to the all of the information needed to validate legal deductions, exemptions and credits that generally lessen the usual tax bill.  In addition, the collection process will begin which can include everything from placing a levy on wages and bank accounts to placing a federal tax lien on property.

IRS Penalty Abatement Letter
In order to abate tax penalties you must include a letter to the IRS to support your reason. Here is an example of what can be included in your letter.

What is the Failure to Pay Penalty?
The penalty for not paying taxes or underpaying taxes ranges from 1/4% to 1% . Understand what rate you will be charged and if you can remove the penalties.

What is the Failure to File Penalty?
Understand how to calculate the penalty for not filing your taxes. Understand what the maximum is and what happens if fraud or negligence is involved.

IRS Underpayment Penalty and Interest Rates
Understand how IRS interest rates are determined, what are applicable to you, and what you can do to lessen them.

Tax Evasion Penalties
Using illegal means to avoid taxes can lead to some of the harshest IRS penalties that exist. Fines can be up to 500K with imprisonment up to 5 years.