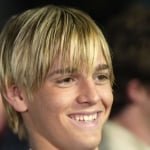 Aaron Carter is a pop and hip hop singer from the late 1990s who is the brother of Singer Nicker Carter, from the Backstreet Boys. He has also been an acting career in which he had parts in television series including The Teenage Witch, 7th Heaven, and Lizzie McGuire. Aaron recently came back into the spotlight from being on Dancing With The Stars.

It was recently reported that Aaron owes a whopping $1.010 million in IRS back taxes. Aaron is one of many celebrities and singers that have recently fallen into trouble with the IRS. Some other recent celebrities that owe the IRS are: