BACK TAXES HELP
Home / Tax News / Why Do We Pay Taxes? Types of Taxes & Where They Go 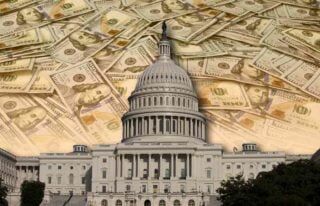 Why do people have to pay taxes? What does the government do with that money? If you’ve ever asked questions like this, you are not alone. When many people receive their paychecks, they wonder why their take-home pay is less than they earned. Similarly, if you work for yourself as a freelancer or a sole proprietor, you may also face a tax bill every year and wonder what happens to those funds.

Where does all this money go? Do you really have to pay taxes? Besides income tax, are there other taxes? Keep reading to get answers to these questions and more.

Why Do You Pay Taxes?

To put it simply, taxes cover the cost of government programs. Taxes fund everything from schools to roads to the police to the military and all kinds of things in between. However, not all taxes go to the same pool. Federal, state, and local governments all collect taxes, and even within these groups, the taxes may be distributed between different agencies or earmarked for specific projects.

What Types of Taxes Are There?

Taxes fall into a variety of different categories, including the following:

How Much Do U.S. Governments Collect in Tax? 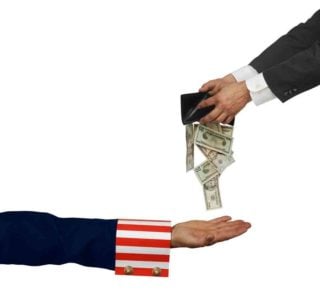 Annually, the federal government collects over $3 trillion in taxes — in 2020, federal tax revenue is expected to be $3.6 trillion. About half of this is personal income tax, while 31% is payroll tax, 11% is corporate tax, 4.5% is excise and tariff tax, 2% comes from the estate tax, and another 2% from interest earnings on the Federal Reserve’s holdings.

Collectively state governments collect about $1.7 billion in tax revenue per year. Tax revenue sources vary a lot from state to state simply because some states don’t have an income tax or sales tax, but overall, about 24% of state tax revenue comes from sales tax, 18.5% is collected from universities, public hospitals, and toll roads, and 18.4% from state income tax.

How Does the Government Spend Taxes?

Now that you have a sense of where the tax money comes from, you’re probably wondering what the government does with those trillions of dollars. Although the budget changes slightly from year to year, there are a lot of consistencies over time. Currently, the government spends about $4.7 trillion per year, which is about $1 trillion more than it collects.

As of 2019, workers pay 6.2% of their income up to $128,400 in Social Security contributions, and their employers have to make a matching payment. If you’re self-employed, you make both parts of the payment. But in all cases, you don’t owe any Social Security on earnings over the $128,400 threshold.

Similarly, with an annual total of $679 billion, the government’s third-largest expense is Medicare, which is health coverage for seniors. This program gets funded by Medicare contributions, but they only cover about 60% of the total cost. The federal government picks up the rest of the tab out of the general budget.

Again, although the exact expenses vary from year to year, the breakdown tends to stay relatively similar from year to year. Here is a look at some of the federal government’s top expenses.

Within those totals, there are a lot of funds devoted to specific programs. For instance, approximately $200 billion earmarked for defense goes to an emergency fund primarily devoted to overseas contingency operations to cover the cost of wars but also disaster relief for hurricanes, wildfires, etc..

Several other programs receive less than $50 billion, which is arguably a negligible amount when you consider that it’s only about 1% of the total federal budget.

How Do States Spend Tax Money? 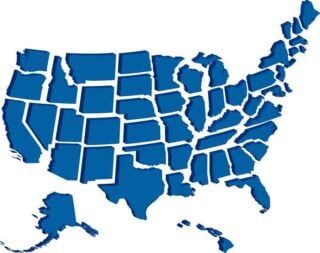 The biggest expense for most states is education and healthcare. Additionally, states spend a significant portion of the taxes they collect on transportation, corrections, retirement benefits for public employees, assistance for people with mental illnesses or developmental delays, help for low-income families and individuals, environmental programs, state police, parks and rec, housing, and aid to local governments.

As you can see, states spend the majority of their funds on programs that directly help residents. However, the breakdown can vary. For instance, on average, states spend 41% of their total budgets on education, which equates to 26% on K-12 education and 15% on higher education.

States also spend a significant portion of their budgets on economic development. This type of spending is designed to encourage economic growth in states, and it includes programs to attract businesses, increase tourism, improve the workforce, and more. Traditionally, a lot of economic development includes cutting taxes to attract businesses but states also focus on infrastructure such as roads, bridges, schools, etc. to support growth and improve their local economies.

Do All People Pay Tax?

Only 56% of Americans pay federal income tax — that number actually decreased with the Tax Cuts and Jobs Act. That said, even if you’re in the 44% of Americans who don’t pay federal income tax, you can still end up with a tax bill at the end of the year for your Medicare and Social Security contributions. Self-employed people, in particular, are likely to face a tax bill based on those payroll taxes regardless of how much they earn overall.

Even if they don’t pay federal income tax, almost all Americans pay some tax. If you live in one of the 45 states with a sales tax, you pay sales tax on a variety of purchases. Similarly, you may pay state income tax unless you reside in one of the states (Alaska, Florida, Nevada, New Hampshire, South Dakota, Tennessee, Texas, Washington, and Wyoming) that don’t have an income tax. If you buy gas, alcohol or a variety of other products, you pay an excise tax, and you may not even notice because that tax is built into the price, rather than added on at the cash register.

What Should You Do If You Have an Unpaid Tax Bill?

Owe tax? Have unpaid taxes owed? Wondering what to do? Unfortunately, you can’t dictate where your tax dollars go (other than voting, of course), but you can get your taxes owed under control. To get help dealing with the IRS, contact us today. We can connect you to a tax professional who can help you eliminate fees, set up payments, or potentially even reduce the amount you owe.