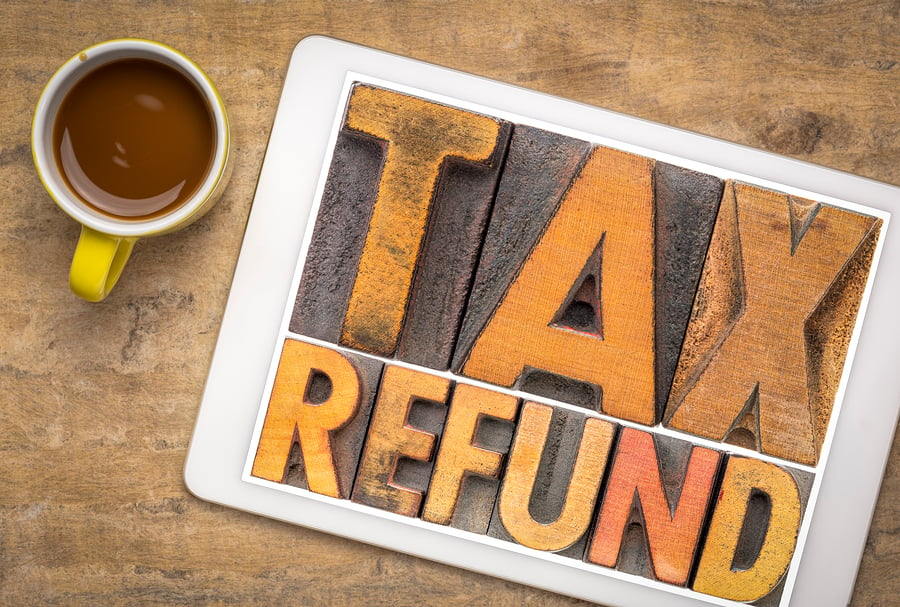 Why is my tax refund smaller than last year? On social media, thousands of users are posting this question, and their concerns are well-founded — tax refunds for the 2018 tax year are smaller than tax refunds from previous years.

According to some sources, average refunds have dropped 8.7% from $2,135 to $1,949, and about a quarter of people who usually get a refund aren’t getting anything back this year. Reportedly, the government is issuing 23% less money in refunds than it has in previous years, and some analysts claim that more people will have to pay in this year.

Surprisingly, however, most people are paying less income tax. Here’s what you need to know.

Many taxpayers think smaller refunds mean their income tax bill has increased. In some cases, a smaller refund can signify a higher tax bill. However, for the most part, people are paying less income tax. According to Nicole Kaeding from the nonpartisan Tax Policy Center, 80% of taxpayers have a smaller tax bill in the wake of the Tax Cuts and Job Act (TCJA), and only about 5% owe more in tax.

If your 2018 refund is smaller than your last tax refund, you may be wondering how that’s possible, especially if your total tax bill is lower. In most cases, this happens because your boss takes less money for income taxes out of your paycheck. In February 2019, the Internal Revenue Service (IRS) sent letters to employers advising them to take less money out of their employees’ checks for income taxes. Because of that, many workers got a slight bump in take-home pay last February.

Why Your Tax Bill Is Smaller

The TCJA ushered in a long list of changes, some big and some small. Here are some of the adjustments that are most likely to contribute to a lower tax bill:

Why Your Tax Bill Is Bigger

In rare cases, some people are paying more income tax under the new laws than they did previously. Some of the changes that can trigger a higher tax bill include the following:

In some cases, taxpayers ended up with a surprise bill. If you owed money with your 2018 tax return, you could avoid that in 2019 by asking your employer if you can fill out a new W-4. A W-4 is the form where you mark your deductions, so your employer takes out the right amount of money every month. If you’re self-employed, you might want to talk with an accountant to ensure you’re making quarterly payments accurately.

Got a tax bill you can’t afford to pay? Don’t worry. The IRS has lots of different options, and we can help you negotiate a payment plan, a settlement, or the right resolution for your situation. To get help, contact us for a free consultation today.