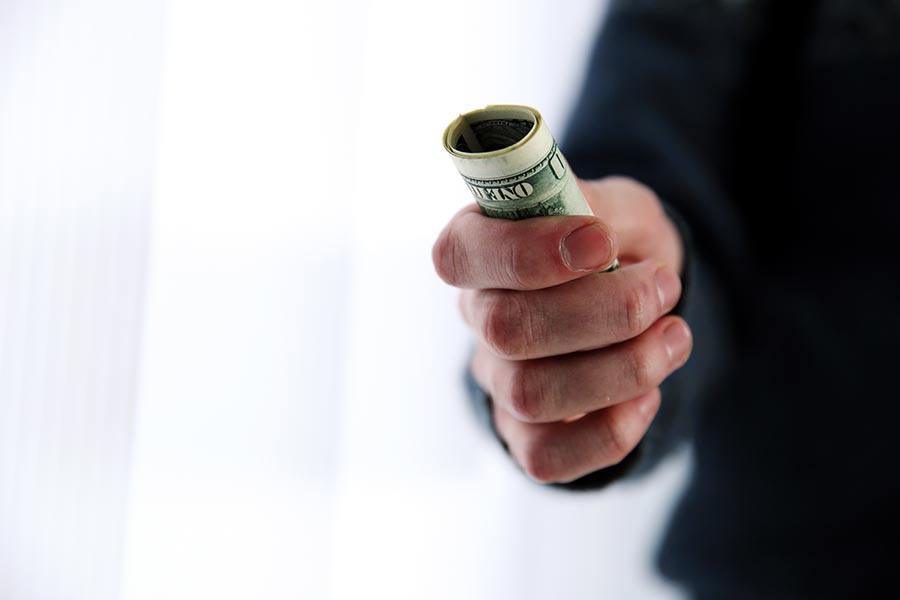 There is generally some confusion as to how bonus income is taxed. Many people mistakenly believe that the bonus they receive from their employer during the holiday season is taxed at a higher rate than regular income. Others believe that a year-end bonus could bump them into a higher tax bracket, resulting in their being subject to a higher tax rate on their total income for the year. Fortunately, however, neither scenario is necessarily true.

Bonus Income is the Same as Regular Income

As far as the IRS is concerned, bonus income is the same as your regular income. Any bonus income that you receive is added to your W-2 income, and is calculated in the total income you report to the IRS on your federal tax return forms. Employers often treat bonus income differently in terms of how they withhold taxes from the payment – which is why some people have the mistaken belief that a bonus will increase their taxes.

While a year-end bonus may technically put you into a higher tax bracket, you must realize that since you are taxed on an incremental basis, you won’t be taxed at a higher rate for all of your earnings last year. So, for example, if you look at the 2011 tax brackets and your filing status is single, you’ll see that the 10% tax bracket is up to $8,500 in earnings. This means that if you earn $8,500, your tax rate is 10%, and if you earn more than that – say $30K – you will be placed into the 15% tax bracket, meaning that you still pay 10% on the earnings up to $8.5K and then you pay 15% on the earnings from $8.5K to $30K. Therefore, your actual tax rate is not 15%, but rather a combination of the different rates that for the tax brackets that you fall into throughout the year.

So, yes, it is possible that your year-end or holiday bonus can push you into a higher tax bracket, but it does not mean that you will pay more money on the income that you earned earlier in the year.

Another reason why people think that they will be taxed at a higher rate on the bonuses that they receive is that more money may be withheld by the employer for taxes. However, it is all dependent upon the employee’s final income at the end of the year. A person who makes 90% of his income in bonuses compared to someone who makes 10% of his income in bonuses and earns the same amount of money with the same filing statuses and deductions will still actually pay the same taxes.

Regardless of which of the following three methods for withholding federal taxes from bonus income an employer uses, your bonus income and regular pay are added together and reported the same on your income tax return. If you overpay taxes, you receive a refund; if you underpay, you will owe more money when you file:

Hedge fund managers and other investment managers who receive bonuses are considered to receive “carried interest.” So if an investment manager receives a bonus from investment gains, they are taxed at long-term capital gains rate of 15%, which is generally lower than their marginal tax rates that the rest of their income is taxed on.