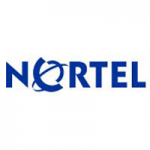 The Ottawa Citizen reported that the IRS is claiming that bankrupt Nortel, which is undergoing the sale of its assets, owes about $3 billion in back taxes, penalties and interest. This results in creditors in multiple countries getting less as the IRS usually stakes claim over other creditors. This claim could hurt their former employees (owed severance), bondholders, investors, and suppliers.

Nortel as it collapsed from a share price of $124 to 74 cents historically,  is selling off its business units or liquidating. Besides the IRS, the company is even getting pressure from current companies in the industry asking the US Department of Justice to block the sale of their enterprise division to Avaya.

This is another interesting case with the IRS, because Nortel has been losing money for a long time. It seems that the IRS is challenging the transfer of cash from a tax basis between US operations and operations in other countries. Right now, no further information has been released on why this claim is being made.