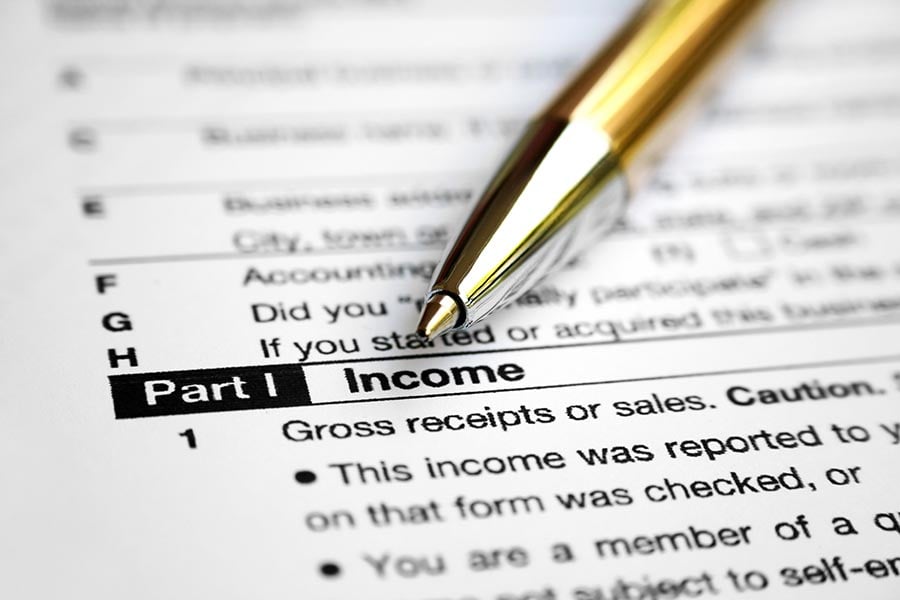 Regardless why, you’ve decided to withdraw money from your IRA. Therefore, you need to know what tax liability (if any) you’re responsible for and if you need to make estimated tax payments. If you don’t pay estimated taxes, you may face an underpayment penalty. Paying estimated tax for IRA withdrawals is not uncommon. You need to consider several factors including income level, age, and what type of IRA you own. First, let’s look at how estimated taxes affect the individual who has a traditional IRA.

Estimated Tax and Withholding for a Traditional IRA

Unless someone elects explicitly to waive withholding for traditional IRA distributions, money withdrawn from the IRA will be subject to federal withholding of ten percent. The process is automatic and takes the worry out of paying what you owe Uncle Sam.
You can opt out of withholding by filling out form W-4P or have any amount over ten percent (up to 100% ) withheld. Use this form to change or make a withholding election any time you take a distribution. It also applies to all future distributions unless it’s modified or revoked. Although it seems that estimated tax payments won’t be an issue when your financial institution withholds taxes – that’s not always true, as we will see later.

Merely withholding ten percent of an IRA distribution to satisfy your federal tax liability could still result in you owing a significant amount to federal and state governments come tax time. Also, do not forget that state tax laws vary; check with a tax professional to find out what rules apply in your state.

If you’ve decided to waive automatic withholding from your traditional IRA distribution, you may need to make estimated tax payments. Visit the IRS website and download form 1040ES. You will find out who needs to pay estimated tax, how much you may need to pay, and you will also have payment vouchers and the address where your payment needs to go.

The Difference Between a Roth and Traditional IRA

While your money will grow tax-free in both types of IRAs; the IRS levies taxes on a traditional IRA when you withdraw your retirement money. On the other hand, the Roth IRA is the opposite. An excellent feature of Roth IRAs is that when the time comes, retirement money can be withdrawn free from income tax.
Although, there are income restrictions based on your modified adjusted gross income  (MAGI) on who can contribute to a Roth IRA.
For 2018, if you are:

Then, a Roth IRA is an option you can explore. Realize there is still a penalty for early withdrawal (before age 59 ½) and aside from specific circumstances.

Estimated Taxes and Withholding If You Have a Roth IRA

Any contributions made to a traditional IRA are tax-deductible on both state and federal tax returns. Consequently, the IRS taxes any withdrawals at regular income tax rates. The Roth IRA is different; while providing no tax break for contributions, the earnings and withdrawals will be tax-free. However, estimated tax payments can be an issue in the tax year that you convert a traditional IRA to a Roth.

A backdoor Roth IRA is when you convert a traditional IRA into a Roth IRA. In a conversion, you’ll have to pay income tax on the contributions. The IRS will apply that amount to your total income. Furthermore, the regular income tax rate will apply. A sufficiently large conversion could potentially change your income bracket. Moreover, it can severely affect the amount you owe in both federal and state taxes (depending on the state) for the year you perform the conversion. Seek professional tax advice to find out whether you have to pay federal and state estimated taxes (and how much).

There is some good news; if you paid taxes on your traditional IRA contributions (you didn’t take the deduction), then you may not owe income tax after converting it to a Roth.

The 5-year rule means that owners of a Roth IRA must have kept assets in the Roth account for at least five years to take tax and penalty-free withdrawals from it. The trick is that two five-year rules exist. One rule applies to money directly contributed to a Roth account, while another pertains to assets in a Roth account that was converted to a Roth from a traditional IRA.

The Rule for Money Directly Contributed to a Roth

When someone contributes money directly to a Roth IRA, the five-year clock starts ticking from the first day of that tax year when you begin funding the Roth. If you meet any of the other requirements:

You should be able to start making tax and penalty-free withdrawals five years later with no withdrawal-related estimated tax issues.

If You Converted from Traditional to Roth

It is when the benefit of converting to a Roth shows.

With assets that you’ve converted to a Roth, instead of contributed directly; there is no tax liability because you already paid income tax on that money when you moved to a Roth. But, you may still be subject to a ten percent penalty if you withdraw the converted assets before age 59 ½ or before five years have passed from the date of conversion.