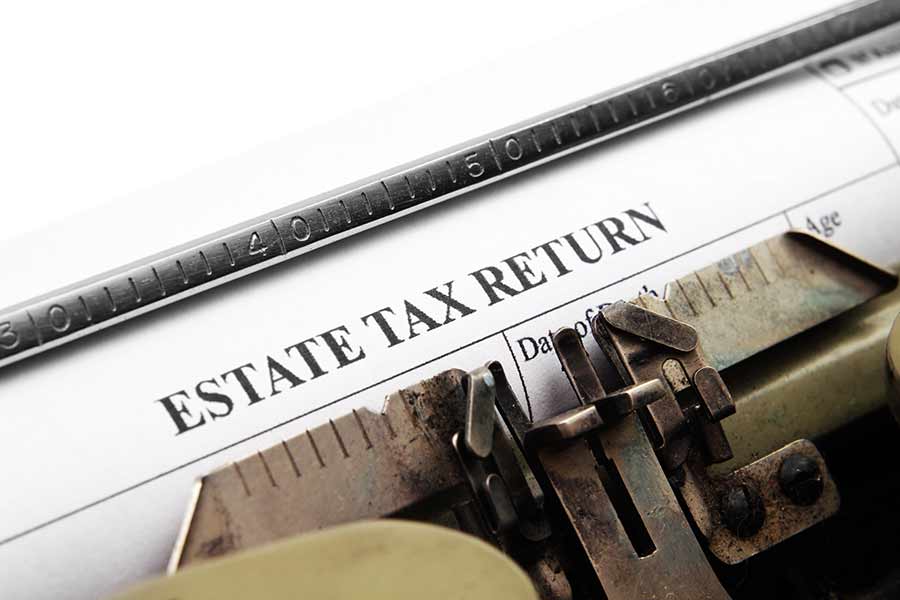 As the saying goes, there are two certainties in life: death and taxes. If you’re among the very wealthy then you can actually count on those two things going hand-in-hand, thanks to the federal estate tax. As it currently stands the federal estate tax only applies to a very small part of the population. That’s because the current threshold is $5.49 million for single taxpayers and $10.98 million for married taxpayers. In other words, if your estate is worth less than those amounts when you die, your heirs will most likely not have to pay Federal tax on their inheritance.

Figuring Out Your Estate Tax Bill?

On the other hand, you have to pay 40 percent for any amount above the threshold. So if your estate were valued at $6 million when you die, your beneficiaries would be responsible to pay 40 percent on the $1.5 million excess, or $600,000. This is a significant tax bill, which is why many have called for it to be eliminated. With President Trump now in office and the House and Senate in Republican control, it could be a matter of time before this tax is gone. However, is this really a good idea? There are many who think not.

How Many People Are Affected?

For starters, this tax only affects a very small percentage of taxpayers, about 0.2 percent. In fact, of the estimated 2.6 million people who die this year, only about 5,000 of them will have estates valued high enough to qualify for the estate tax. Therefore, because so few taxpayers actually have to pay this tax, those who are against it think it’s a bad idea to get rid of it. You might think that any wealthy taxpayer in line to pay the estate tax would oppose it and would be all for repealing it. In most cases, you’re right. The majority of the wealthy do want it repealed, but not all of them.

Count the world’s second richest person among those who think repealing the estate tax is a bad idea. In fact, the billionaire investor, Warren Buffett, whose estimated wealth is about $75 billion, calls it a terrible idea. “If they pass the bill they’re talking about, I could leave $75 billion to a bunch of children and grandchildren and great-grandchildren. And if I left it to 35 of them, they’d each have a couple billion dollars,” Buffett said. He then asked rhetorically, “Is that a great way to allocate resources in the United States?” Many opponents also wonder how the government will replace all the revenue that comes from the estate tax if it is repealed. However, proponents of repealing the tax say the amount collected, approximately $19.7 billion, is nothing compared to the total of $3 trillion the federal government expects to collect.

The Rich Would Get Richer

Those who oppose the tax claim say it’s unfair to the families of those who have worked so hard to build a nest egg their entire life, only to have the government swoop in to take 40 percent of everything over the threshold amount. However, Buffett doesn’t see it that way. He believes repealing the tax would lead to dynasty building. He is concerned about the idea of leaving so much wealth in the hands of very few. Buffett says the wealthy already have so much more than they used to. “We’re talking about the 400 [richest] now having $2.4 trillion … 25 times as much money,” than they had 25 years ago. So, those who oppose repealing the estate tax claim that this cut would only help the wealthy, which is essentially true.

Change Is Coming – Be Prepared

Proponents call the estate tax a double tax because heirs are essentially paying tax on earnings that the original asset owner already paid on. Therefore, it all comes down to fairness. Should wealthy heirs have to pay more tax on estate assets that have already been taxed, or is one tax on these assets enough? It’s a debate that is sure to continue but if republicans get their way then major tax reform is coming and the estate tax will likely be on the chopping block.