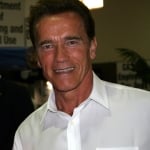 Arnold Schwarzenegger, had an IRS tax lien filed against him totaling about $79,000. The lien was filed against the California Governor May 11th in Los Angeles County. Supposedly, the Governor owes about $39k from 2004 and $40k from 2005. The lien documentation was posted online by TMZ yesterday.

A governor’s spokesman said that Arnold paid all his taxes and on time and that they are unaware of  any back taxes. The lien might have be due to the accumulation of IRS penalties because of an improper filing or misreporting certain transactions. Right now, it remains to be seen what actually caused this IRS tax lien.